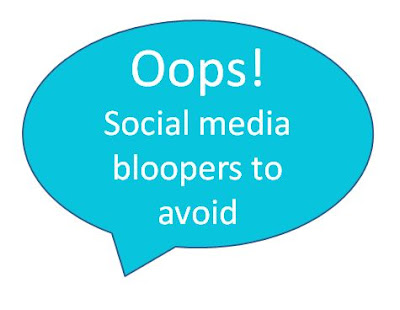 You have a plan or an idea and sometimes we get it wrong and
don’t anticipate the outcomes. With all aspects of marketing, testing should take
place. Many companies ‘test’ in a live environment and are surprised by the response.
This is a collection of social media errors to avoid. I’d love
to know what errors you’ve uncovered.
Please tweet me @annmariehanlon or add your
comments to the end of this article if you have other examples you’d like to share.

The furniture store Habitat was keen to build followers on
Twitter. The more followers you have, the greater chance you have of your
messages being heard.
One way to gain followers is to use specific keywords. In Twitter
a keyword is created by using the hashtag symbol (this used to be called the ‘gate’
on a telephone).
Habitat used ‘breaking news’ hashtags – these are called
‘trending hashtags’ and in 2009, when the election was taking place in Iran and
a large number of people lost their lives or were injured. So Habitat started
adding these hashtags to its tweets, saying;
#iranelection Our
totally desirable Spring collection now has 20% off
Habitat removed the offending tweets, but still hasn’t
managed to sort out its Twitter page. And if you Google ‘Habitat + Twitter@ you
can see how it was reported by the BBC and many others.
Today the most often repeated word on the Habitat Twitter page
is ‘sorry’ as they still haven’t worked out how to use Twitter and manage customer
care and promotions.

McDonald’s used the hashtag #McDStories seeking good news
and positive stories about the brand and their food, but this backfired when
critics shared exactly what they thought online.

This wasn’t seen as a complete disaster and Waitrose managed
it better, thanking everyone for making them smile.

The troubled high street music retailer recently made 100+
members of staff redundant at the same time. One 21 year old staff member
hijacked the main twitter account and gave a blow by blow account of the
process. 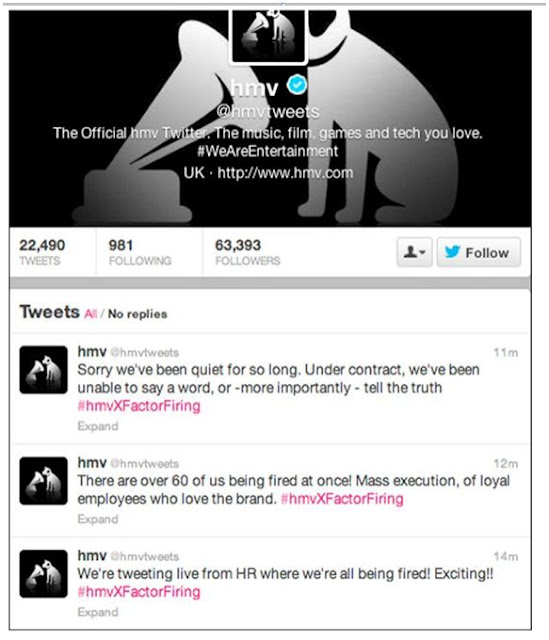