Technology has many advantages. You can connect with friends, shop when you like and run businesses from anywhere. Nextdoor believes it’s time to connect at a local level.

Nextdoor’s investor’s presentation shows that the firm has its roots in two academic concepts, ‘tie strength’ and ‘social capital’, which simply out means how we connect with and help others.

While LinkedIn does this well on a professional level, how about the personal perspective? Facebook builds personal connections and its marketplace helps you trade goods at a local level, but is it enough? Twenty-one years ago Robert D Putnam published ‘Bowling alone: the collapse and revival of American community’ which was about the demise of local clubs and societies. People weren’t going out, they were forging online communities and abandoning the long-standing tradition of American culture – the bowling clubs. The book is said to have influenced several American presidents who attempted to build civic responsibility and find ways to improve mental health through being part of a community. Yet various sources claim that we still don’t know our neighbours which results in loneliness in many adults.

So what’s changing? More of us are working from home, buying from the local baker, visiting the local market. We’re creating new local networks. Nextdoor’s pitch is that this app is the new neighbourhood network. 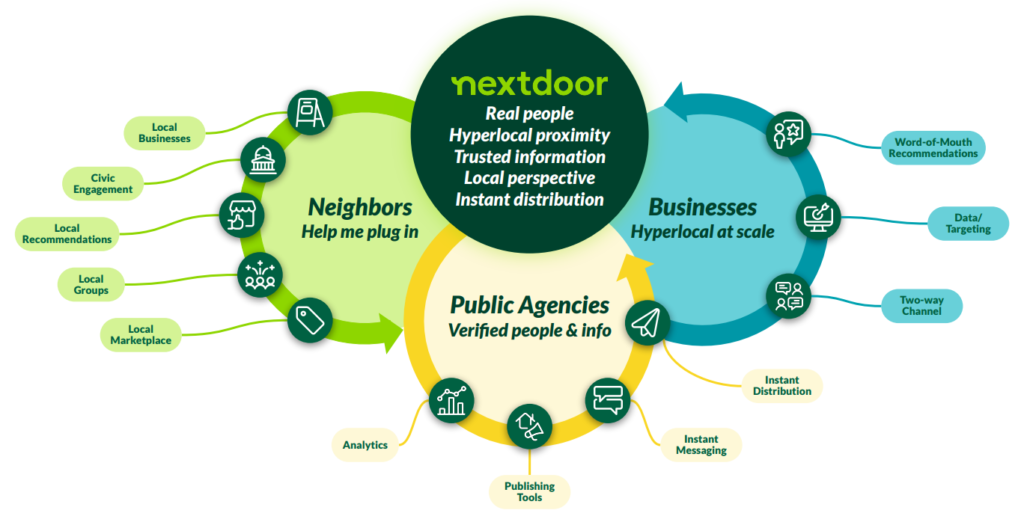 Instead of measuring DAUs (daily active users) or MAUS (monthly active users) unlike other social networks such as Instagram, TikTok and Facebook. Instead they’re capturing WAUs – weekly active neighbours and in the US at the end of June 2021, they had over 29 million. What’s interesting is that after two years, over 50% of the neighbours are still using the platform. There was a lot of hype around Clubhouse which according to Statista, had 10 million weekly active users as at February 2021.

Nextdoor’s CEO is Sarah Friar, a serial entrepreneur who’s credited with co-founding ‘Ladies Who Launch’ supporting female entrepreneurs, so the company has the expertise in building community.

Does this make Nextdoor the next social network?

The firm launched in the UK in 2016 and two of its most active communities are said to be in Market Harborough in Leicestershire and Laxfield in Suffolk. Nextdoor is busy conducting research to understand its markets and they sent me details of a recent UK-based survey. The research was conducted by OnePoll on behalf of Nextdoor. The total sample size was 2,000 of 18+ adults in the UK. The survey was conducted online between 9th and 12th August 2021. The key findings were:

These may not be astounding facts – people pay attention to ads that are relevant to them – but Nextdoor is supporting its product roadmap with research. The research enables the firm to adjust the roadmap ‘by learning how neighbours use Nextdoor’. Plus, it’s responding to hyper-local personalisation. 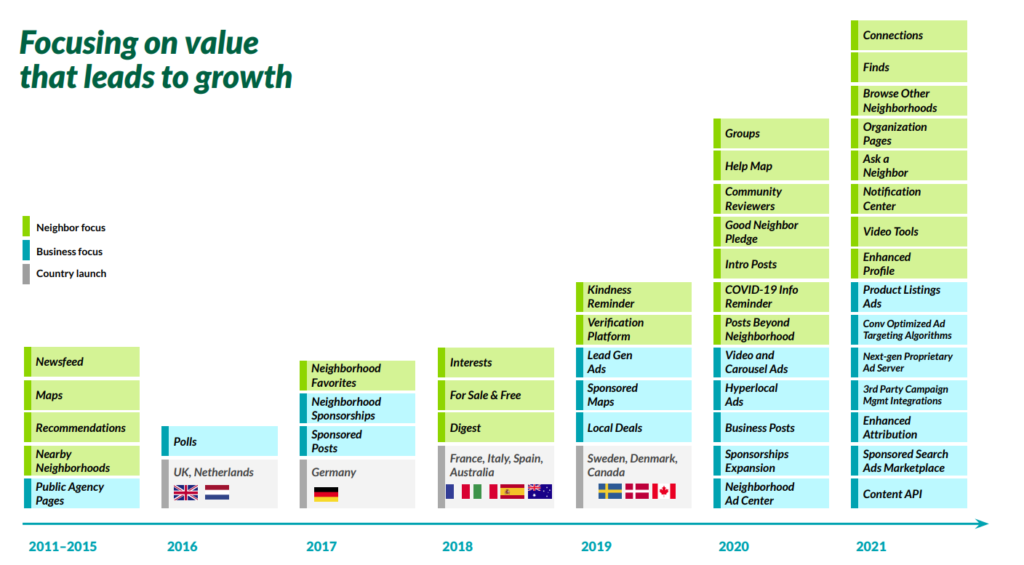 It feels like a ‘Facebook local’ as it enables neighbours to join groups, trade goods and to make the content searchable. If you’ve ever tried to search for something in Facebook, you may find it’s faster to use Google, so if Nextdoor manages to achieve this, it will have created a local search engine too.