The Online Shopping Sites that are Bigger than Amazon 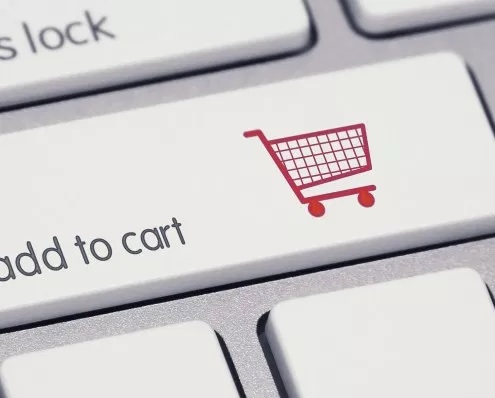 In the early days of online shopping, our global range was fairly limited, but no longer. Where once we were limited to the UK, Europe, and the Americas, now the whole world is opening up.

Some of the biggest and most popular online shopping sites hail from China, including the massive Tmall.com, owned and operated by the equally massive Alibaba Group.

Why Amazon is Struggling in China

Although Amazon, eBay, and other similar sites are wildly popular in many parts of the world, in China, these online shopping giants struggle against competitors such as Alibaba, and to a lesser extent, JD.com.

Amazon in particular faces a number of challenges in gaining a foothold in this potentially lucrative market. But it may not be for the reason you think. While China does heavily restrict internet use, and blocks citizens from using a wide range of websites, Amazon isn’t on the list of blocked sites. Chinese citizens can freely access Amazon, and the website actually runs a Chinese-language version.

The problem with Amazon is partly one of location. Amazon’s services are harder to use effectively for residents of China. There’s no two-day shipping, and much of Amazon’s streaming content is geolocked, meaning it’s not accessible. For Chinese citizens, there’s just not much reason to choose Amazon for online shopping. Especially not when there are so many alternatives, based in China and tailored to Chinese shoppers.

For Amazon, this is the other part of the problem: their main competitor already dominates the market to such a degree that Amazon can’t get so much as a toehold. Chinese shoppers spend over $1 trillion annually online, more than doubling the amount spent by US consumers. But while Amazon is the UK’s 5th biggest retailer, and owns over one-third of the US online shopping market, it has less than 2% of China’s market share—despite an entire decade spent trying to penetrate the market.

The Alibaba Group Leads the Chinese eCommerce Market, and the Global One

If Amazon isn’t big in China, what websites are fulfilling that online marketplace niche? It’s largely a group of websites owned and operated by the Alibaba Group, a massive conglomerate founded in 1999 by Jack Ma and Peng Lei. The venture began with a website called Alibaba. The site was conceived as a Chinese-based B2B marketplace, partially funded with an investment from Goldman Sachs, and intended to help China flourish in the global online marketplace.

The Alibaba Group specializes in retail, internet and tech, and ecommerce, and has web portals devoted to C2C, B2C, and B2B sales. It’s the world’s biggest ecommerce company, operating in over 200 countries, and all three of its web portals are the largest of their kind.

Alibaba is aimed at B2B sales, with millions of buyers and sellers both in China and globally.

Taobao focuses on C2C retail: small businesses and entrepreneurs, catering mainly to Chinese consumers. The challenge for Western businesses is that the site is unsurprisingly written in Mandarin.

Of the three, Tmall is the site that most resembles Amazon. It’s a B2C platform for both local and international brands, selling to consumers primarily in China.

These sites aren’t just huge in China, they’re huge on global terms. Both Tmall and Taobao are more popular than Amazon, holding fast to positions 8 and 9 on the list of the world’s most popular websites. Amazon itself holds the 10th position. As a B2B portal, Alibaba doesn’t have the reach of the consumer-focused sites, but it’s still the largest site of its kind in the world.

Taobao and Tmall sell almost exclusively to Chinese consumers, but in theory, anyone can open a virtual storefront. The process of opening a store is somewhat more difficult than selling on Amazon, eBay, or Etsy. This is due partly to the location and language barrier, but also due to the legal requirement for a physical presence. To get around this requirement, global sellers use Tmall Global, a cross-border ecommerce site launched by Tmall in 2014. However, Tmall itself imposes some further restrictions that mean entering the market is still fairly difficult.

And, while the process to set up a virtual storefront at JD.com is somewhat similar to that of Tmal Global, the smaller company doesn’t have such stringent requirements for the brands it considers. For instance, while Tmall Global prefers companies with annual sales of over US$10 million, JD.com isn’t as picky. Both sites do require a fairly significant financial commitment, however. At JD.com, new sellers must pay a US$15,000 deposit and an annual service fee of $1,000, plus 2% to 8% of sales as a commission. At Tmall Global, the security deposit is $25,000, with an annual service fee of $5,000 to $10,000, and a variable commission. However, companies that meet the requirements will definitely prefer to partner with Tmall Global, thanks to its much larger market share and more established reputation.