Our Favourite Alternatives to Google Reader 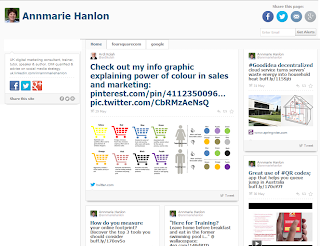 Google Reader is sadly shutting down, but that doesn’t mean
you have to miss out on updates from your favourite feeds and online reads.
There are plenty of other readers out there, some even allow you to import your
settings straight from Google Reader to prevent you from having to trawl
through the internet all over again and rebuild your personalised feed. So
before Google puts its Reader to sleep for good on the 1st July
2013, be sure to find your alternative. Here are some of our favourite readers:
RebelMouse
The name is a little deceiving, but it does not seem to have
hindered the momentum that this social site has managed to pick up. It isn’t
just a straight forward RSS reader, and that’s one of the things that drew us
to it. It’s more of a social network aggregator, bringing together everything
of interest from all social networking sites in addition to RSS feeds. It
allows you to share posts about what you care about, as well as choosing what
social influencers and subject fields you want to see posts from in your feed,
and which social media/RSS feeds you want to see these posts from. Simple, and
just what is wanted from a reader/social aggregator.
Feedly
Forums and social sites have been going mad with people
asking advice on what to switch to now that Google Reader has announced its
departure, and a name that frequently seems to be appearing as a popular
alternative is Feedly. Like Rebelmouse, Feedly offers the option of content
sharing on linked social networks and the personalised feeds from these social
networks and RSS feeds, but with added customisable layout options and apps/extensions
for a multitude of browsers and devices. These options make it a winner for
anyone who often accesses their reader on multiple devices, and although customisable
layout might not seem important in a reader, it is actually a useful option to
have and once you have tried it you are likely to never go back!
NewsBlur
If you are looking for something extremely simple to switch
to and with many similarities to the soon to be extinct Google Reader, then
NewsBlur is for you. It does have some worthwhile extra features including a “blurblog”
creation option, which is a custom blog of content you enjoy and want to share
with others. There is however a limit to the amount free users can get out of
NewsBlur, with a cap of just 10 news stories viewable at one time. Unlimited
usage is available with a premium account for around £20 per year. If you are a
heavy user and want the extra features it is worth the upgrade for the small
fee.
The Old Reader

This alternative was actually built for the specific purpose
of replacing Google Reader when it is finally shut down and therefore is built
to be as close to Google Reader as possible.
Even some of the same keyboard shortcuts can be used with The Old
Reader, and there are similar functions including allowing you to follow users
and subscribe to user feeds. The one downside for the moment is the lack of
mobile/tablet apps for this reader, but we are sure they will be in the pipeline
in the near future, and for the time being if you want something almost
identical to Google Reader, this is the alternative for you.
MochaRoll
Formerly known as BlogRoll, MochaRoll is most attractive for
its display and user friendly experience. The way it lays out your feed is
attractive, with images from content taking centre stage, and the layout being
similar to Pinterest, only for news and blogs. It is a great option for anyone
wanting something simple and wanting to import their feeds straight from Google
Reader.
Leaf
If you are a Mac user and a fan of the Twitter feed layout,
then Leaf is definitely an option for you. Be warned that it is not at all
similar to Google Reader, so if you enjoyed that format then Leaf may take some
getting used to, but if you are open to change and like Twitter then it’s
definitely worth taking a closer look at.
NetVibes
If you are a business user looking for a reader that offers
more professional functions than Google Reader, then NetVibes is ideal for you.
Depending on whether you opt for the free or premium service, you can have
access to data tracking and brand monitoring functions as well as all the
typical options of a reader, all set out in a clean, simple and businesslike
format.
Twitter/Google+
Not strictly readers, but Twitter as a micro-blogging site
and Google+ as a social sharing site should not be overlooked when it comes to
keeping up with your favourite online influencers and interesting topical
content. Making use of the hashtags and keyword search functions you can easily
narrow down your feed on these social sites and keep up to date with the goings
on of your preferred topic areas.
If you like this story, do share and tweet me @annmariehanlon, and
share with me your own thoughts on alternatives to Google Reader!
http://rpc.technorati.com/rpc/ping