Twitter has been one of the key online marketing tools for more than a decade, but its popularity with both businesses and users has been on the wane. People have drifted away to new social networks or decided to leave Twitter due to negative news stories about misuse of the platform. Many businesses are now asking whether Twitter is still the right place for their brand.

One of the challenges during the pandemic has been the spread of fake news across all social media platforms. It’s critical that businesses monitor their account as well as their main followers to avoid falling into this trap of re-tweeting seemingly innocent content which results in a later crisis.

Twitter has come a long way since its origins as a quirky rival to Facebook that allowed users to post 140 characters at a time. When Twitter first launched in 2006 it was intended to provide a service similar to SMS, with short text messages that could be shared with friends and the rest of the world. Sometimes the volume of people using the platform resulted in the service going down, although this is an experience we haven’t witnessed for some time. 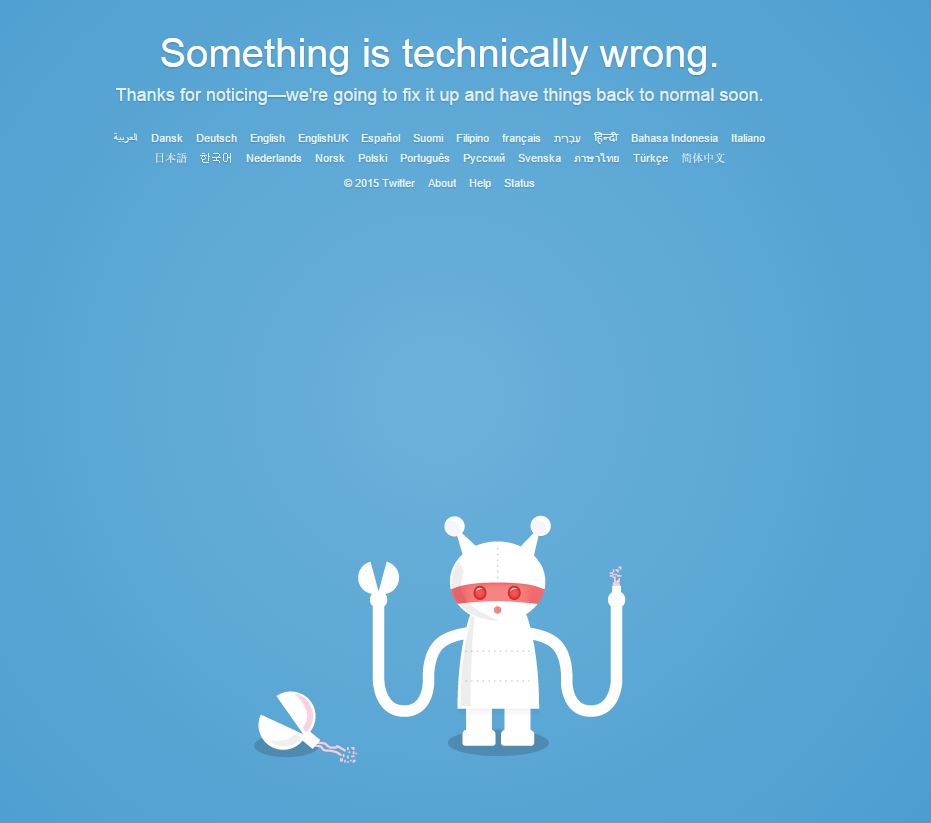 Although it was initially intended as a platform for individuals, Twitter became a key tool for online marketing and two-way communication between brands and consumers. Many brands have used Twitter to shape their image online. Customers have also found Twitter to be a convenient and often very effective way to reach out to businesses.

Twitter now has approximately 330 million monthly active users and tweets are regularly shared or quoted in the media. However, Twitter has changed a lot, especially in terms of its role in online marketing. Some of the most significant developments for business users have been:

Changes are common online as the platforms and tools adapt to user behaviour. Last year I wrote a post on Google’s latest changes and this post covers Twitter and its relevance for business.

Twitter remains a popular social networking site, but the number of active users has been declining and the company has been struggling to generate positive results. Competitors such as Instagram and TikTok have drawn users away and Twitter has struggled to uphold its popularity.

Twitter can be a difficult marketing tool to use effectively and it doesn’t work for every brand. Maintaining an effective presence on Twitter requires the resources for frequent posts and prompt replies to customers. Twitter doesn’t reach all demographics, so it isn’t a good fit for every brand. Younger users are more likely to be on the latest network and Twitter also has more male users than female ones.

If Twitter is still the best place to reach your target audience and you have the resources available to manage an active and effective account, then it can still be a good place for your brand. However, it is important to keep checking that Twitter is still working for your business and to be aware of new rival networks in case your customers start moving away. You will need to follow them if you can no longer reach them on Twitter.

Here are three examples of brands that have used Twitter to its full potential.

Innocent is a big brand that maintains an active Twitter account that responds well to events and online trends. Twitter is a good match for the brand’s humorous marketing and friendly tone. The tweets feel personal and sound very human despite being carefully curated.

One of the best examples from @innocent is the post that started a heated debate over the colour of an Innocent smoothie. The initial post generated a big response and the company kept the debate going by responding (and often disagreeing) with its followers. 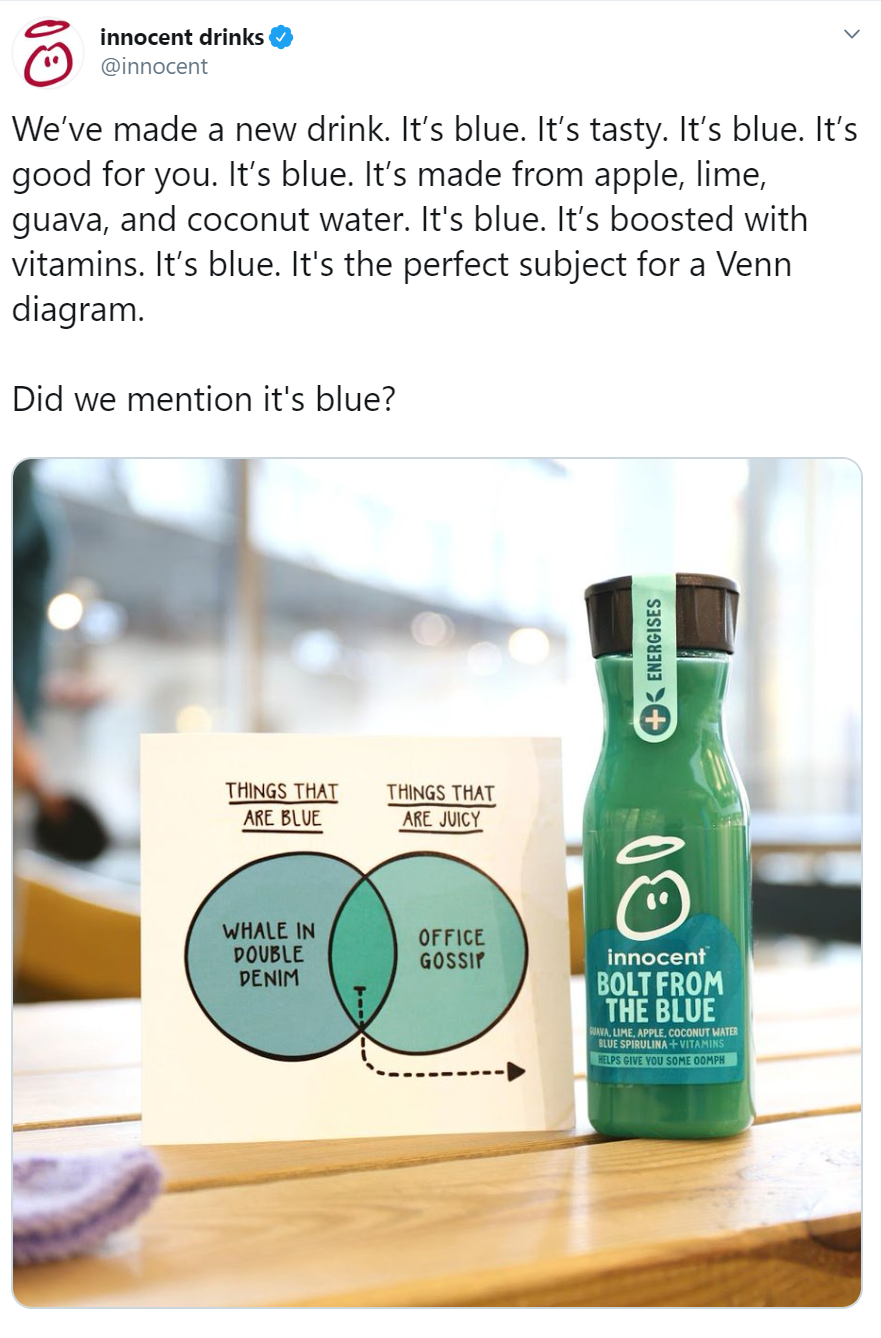 Yorkshire Tea maintains a strong brand image through its Twitter account and it has proven particularly good at responding to potentially negative tweets and news stories. The brand has managed to draw attention to itself repeatedly by responding to tweets about its tea not actually being grown in Yorkshire. The confident, down to earth, and sometimes sarcastic brand persona is a great fit for Twitter.

Yorkshire Tea also demonstrated how to deal with a Twitter storm graciously after a politician posted an image with their product in it. The @YorkshireTea brand managed to retain its humour, stay politically neutral, and generate positive news coverage by promoting kindness on social media. 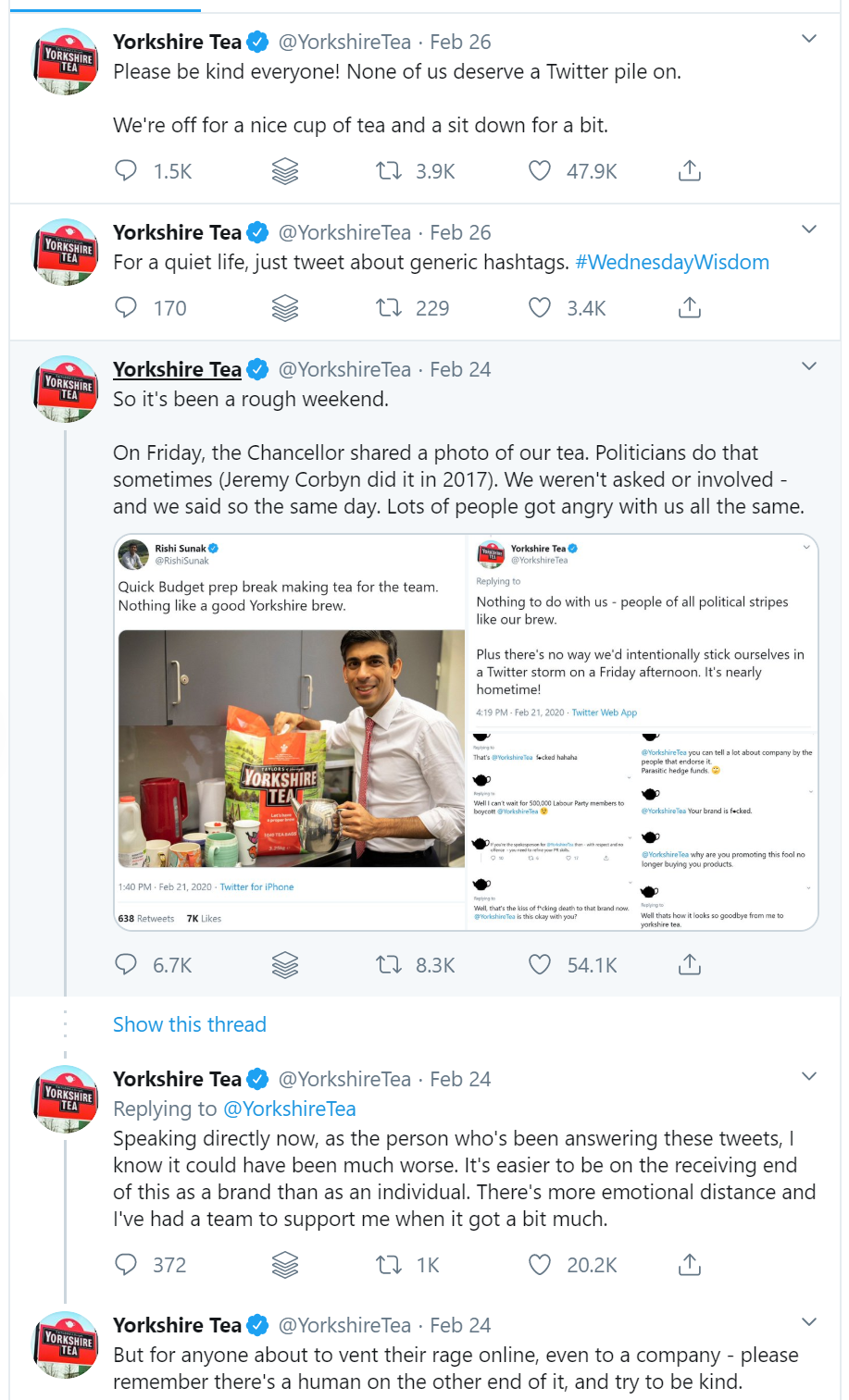 It seems counter-intuitive for one social network to cultivate a following on another, but the @LinkedInHelp account is a great example of how you can use Twitter differently. LinkedIn uses a separate Twitter account to provide prompt, easy to reach customer service. The account doesn’t post content or advertise the brand, just offers support to customers through direct messages. Any positive feedback is then retweeted to boost the brand. You can benefit from the direct communication that Twitter can provide, without having to invest resources in creating content for it.

What is interesting is that most of the tweets from others say thank you!

Twitter has strategic value for businesses on several levels:

Whether you’re in B2B or B2C, Twitter should not be ignored yet.